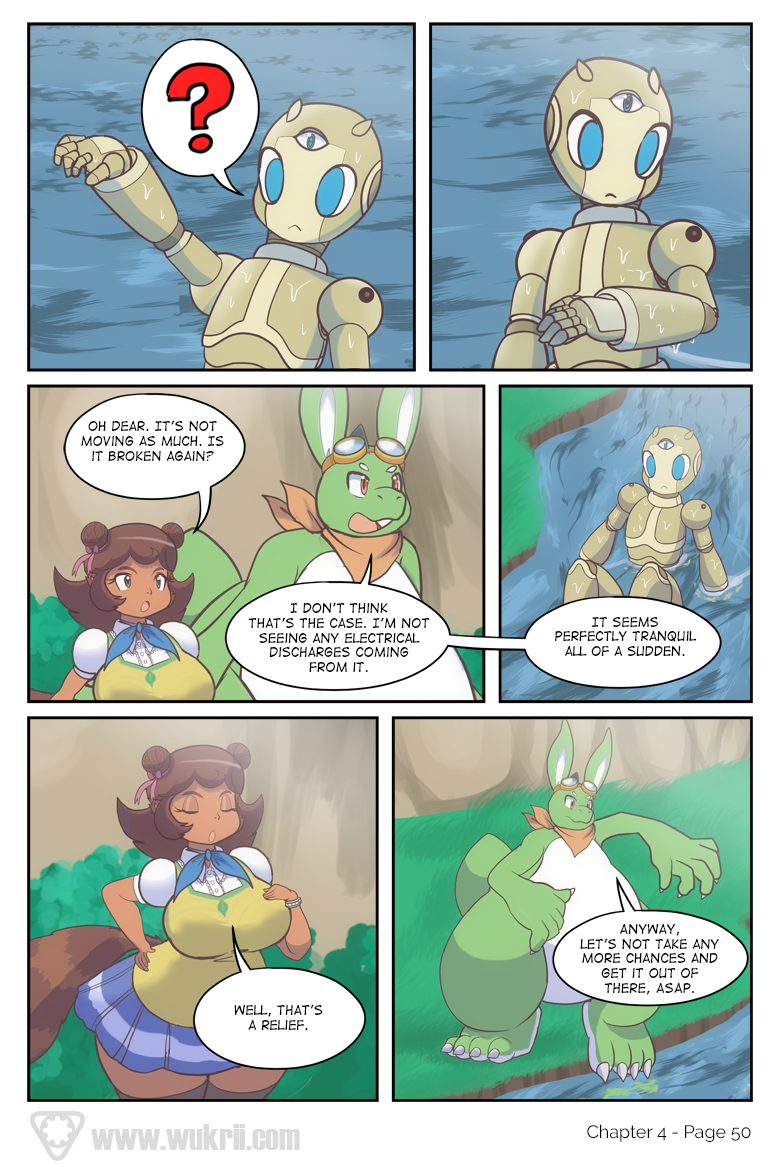 Hopefully there won’t be any shocking surprises like that!

Rao will need some repairs to himself.

In a SHOCKING turn of events, it turns out that Demimons and Drabunnies have about the same level of resistance to electricity as robots do to water. (That level being “little to none”.)

We’ll see if deep fried drabbunny and toasted tanuki girl are on the menu next.

I wonder when the robot will actually start talking, and conversing, with the; chances are it’s been slowly analyzing the modern vernacular, considering how much they’ve been talking around it, and its general vicinity, but it still hasn’t figured out how to emulate the sounds they’re making in a cohesive manner. On another note, I think Mimi might be almost ready to name the thing; she seems the only one among the cast that would think they should give the robot a name; it would probably be hilarious to find out that act alone caused her to be registered as… Read more »

It hasn’t been too long since our metal friend awakened, so there’s lots for it to learn and understand! It’s just getting past understanding what water is right now.

No sparks flying but the robot is certainly confused by this new sensation. Still, better to be safe than sorry, time to get those drabbunny toes wet.

Our ancient robot certainly has some good acting chops! It’s getting the chance to experience all sorts of new things for sure. Don’t worry, Rao’s a trained professional…I think.

Maybe it’s got a waterwheel in there.

It’s powers by a mini waterwheel?