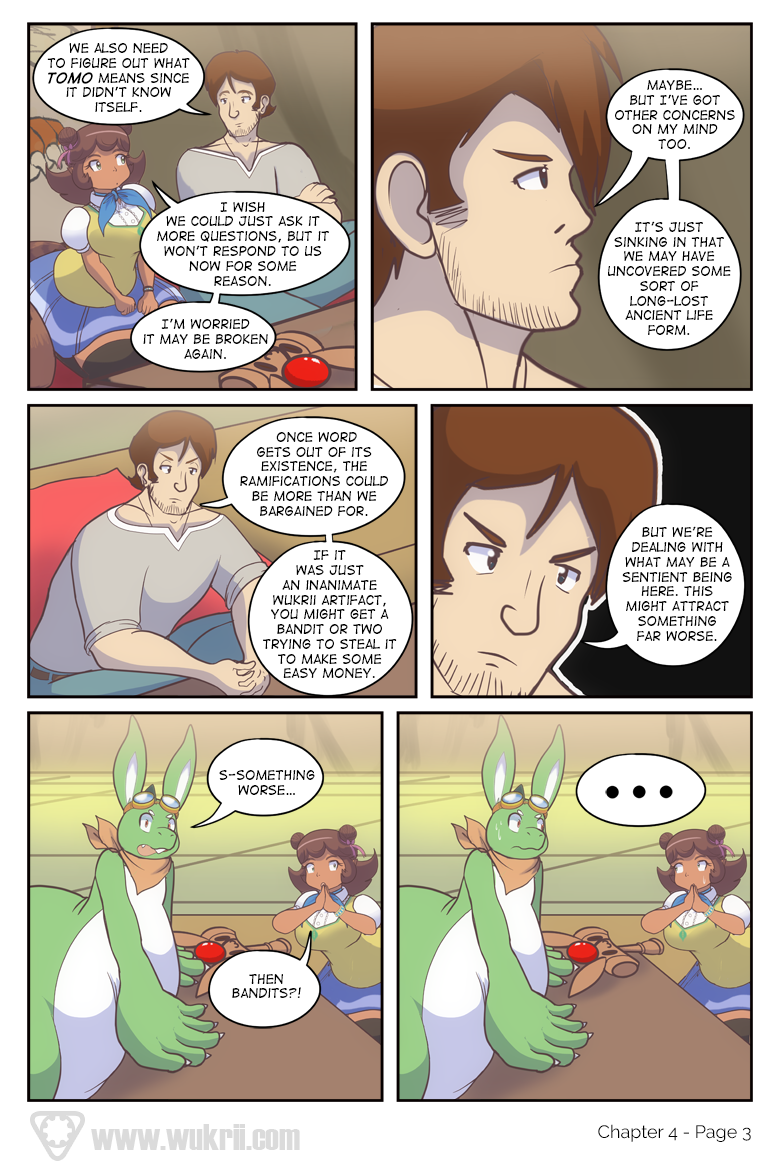 True! A certain curious green flying drabbunny could be lurking at every corner!

Until they know what they’re dealing with. It’s probably best to keep things on the downlow.

Hmm, what could be worse than thieving foxes? Oh, wait! *Gasp* Oh, no! RESEARCHERS!

Researchers that have researched the material arts!

If the word gets out, you may have to deal with the most vile creatures of them all… LAWYERS.

They got the power of Wukrii law on their side! A force to be reckoned with!

Relax you guys, I’m sure there’s nothing to worry about. Well I guess there’s Kiki who’s already looking for Matt. Who also suspects that he’s found something. And is morally ambiguous. And packing unknown ninja powers and weapons. … Scratch that, you should be worried. It’s stopped communicating? Is it still not at 100% power? Is it processing this new world it’s in? Pondering whether to trust these people? I have a hunch that they may decide to take the robot to Matt’s bookshop for further research outside bandit territory, which would also put it into Kiki’s sights. Just a… Read more »

They got things to worry about, but they just don’t know it yet!

One mystery solved, a bunch of new ones suddenly appear!

They have to be really frightened if Wolfram hears about it

I guess they’ll have to bunker down at Rao’s place forever! Good thing he has plenty of food!

Well Jigin might get a free new car out of the deal.

Issues incoming, we all know it

Just how big this issues will be!