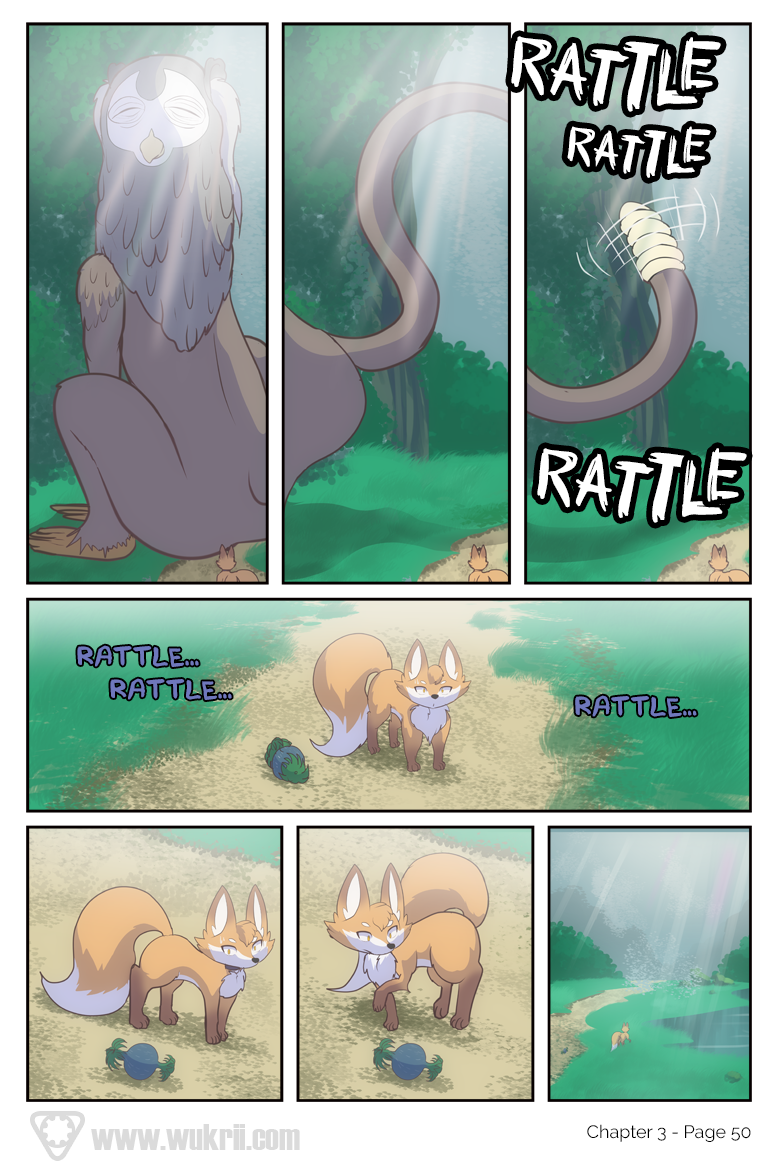 And Kiki makes another break for it. Since I doubt that she knows which way to go to escape the forest, I wonder if they’ll herd her out or let her wander some more

At least she’s not totally in the dark now…well in terms of the lighting situation at the moment, not so much in directions out of the forest!

More like a nightmare considering everything that has happened so far!

At least she’s learned not to bite the forbidden fruit now.

One more mystery from the forest, left to be solved

But first, Kiki needs to solve the mystery of getting out of the freaky forest!

I mean that went a lot better than it could of. At least freedom is in sight!

There’re definitely worst ways that could have ended for sure!

For the first time in a long while Kiki is at a loss for words.

Surprisingly swift and silent for such a large being, and seemingly using it’s rattle to say goodbye rather than the more daunting use of the smaller ones.

… though after what Kiki’s been through it must still sound pretty daunting.

Yeah, leave the fruit at least for the moment and have a long drink. Though who knows? It may be an idea to hold onto it, if only to prevent insulting boss monkey.

Not even Kiki can make a clever quip out of what just happened!

The giant Wukai is certainly giving some mixed messages here.

Hopefully Kiki’s out of the woods now…well not in a literal sense!

Nope, just a few moments to digest the fruit she got and think about what just happened

It must be a welcomed difference then what Kiki experienced with the little guys a few pages ago!

”And with a shake of his tail he was gone”

probubly a good move to hold on to that berry

It would be rude to reject a gift from a Wukrii especially now he’s opened the way for you.

Maybe that gift was actually a warning?!